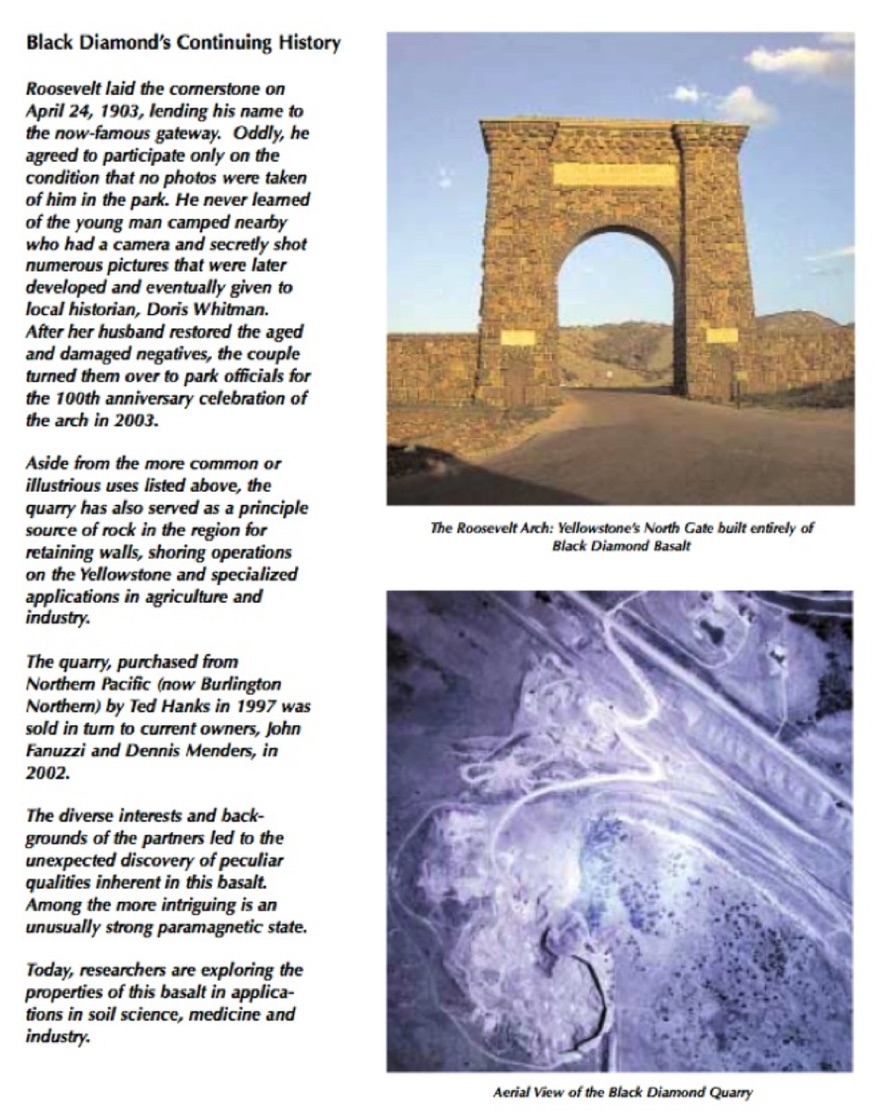 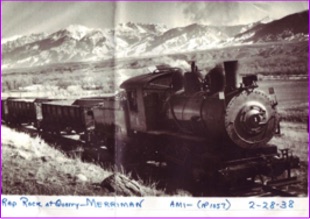 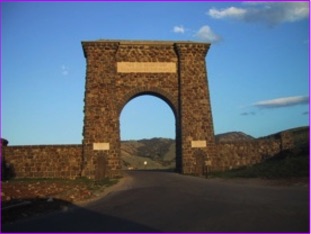 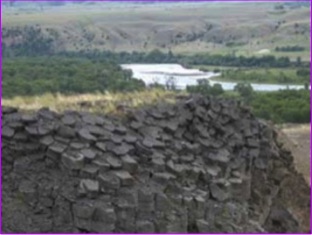 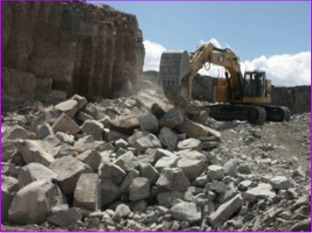 Erupting from an undetermined local source some 5.5 million years ago, this is a medium-gray, paleomagnetically-reversed, olivine basalt. Due to its excellent fracturing properties (100%), this basalt was used extensively over a 100 year period (as rip-rap and crushed gravel) for railroad track beds, road beds and riverbank shoring by Northern Pacific Railway and private interests in a region ranging from Bismark, N.D. to Sandpoint, Idaho.

The site, opened in the 1880’s by the Northern Pacific Railway, was called the Merriman Quarry, after the agent in charge of the operation at the time. Along with another quarry located near Clinton, MT, this rock was the principle source of rip-rap and crushed rock for the western region of the Northern Pacific. The two quarries were worked by one crew that alternated between them every six months or so (summers in Clinton). A specialized five man blasting team augmented the main crew as necessary.

In 1903, Yellowstone National Park, still under control of the U.S. Army (1886-1917), purchased uncut basalt from the quarry for construction of the gateway arch over the park’s north entrance (at Gardiner).

Although named “the Roosevelt Arch”, Roosevelt actually had little do with either the inspiration or building of the arch. As it happened, Roosevelt and park commandant, Major Prichard, were charter members of the “Boone and Crockett Club”, a group dedicated to measuring and recording elk antler dimensions. One day in Washington, President Roosevelt asked the visiting Prichard about the actual numbers of elk in the park. Prichard replied that he ought to come out and see them for himself. And so he did.  It was during the subsequent trip (as Roosevelt camped in the park) that park officials, beginning construction of the arch were inspired to include the president in the festivities.

Roosevelt laid the cornerstone on April 24, 1903, lending his name to the now-famous gateway.  Oddly, he agreed to participate only on the condition that no photos were taken of him in the park. Unbeknownst to Roosevelt, however, a young man camped near him had a camera and secretly shot several rolls of pictures that were later developed and eventually given to local historian, Doris Whitman. After her husband restored the aged and damaged negatives, the couple turned them over to park officials this year for the 100th anniversary celebration of the arch in 2003.

Aside from the more common or illustrious uses listed above, the quarry has also served as a principle source of rock in the region for retaining walls, shoring operations on the Yellowstone and specialized applications in agriculture and industry.

The quarry, purchased from Northern Pacific (now Burlington Northern) by Ted Hanks in 1997 was sold in turn to current owners, John Fanuzzi and Dennis Menders, in 2002.

The diverse interests and backgrounds of the partners led to the unexpected discovery of peculiar qualities inherent in this basalt. Among the more intriguing of these is an unusually strong paramagnetic state. Preliminary research indicates a paramagnetic field at least 3 times more powerful than the highest previously recorded in basalt (1440 CGS vs. 470 CGS in Irish basalt as reported by Callahan).

Today, researchers are exploring the properties of this basalt in applications in soil science, medicine and industry.