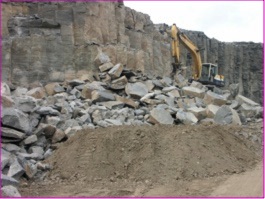 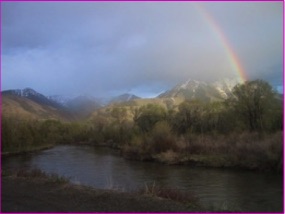 In 1995 I learned about some materials which are difficult to identify using conventional methods but which appear to be essential to many biological systems.  We call these materials ORMUS or m-state elements at the suggestion of a couple of their modern discoverers.  One of these modern discoverers, a gentleman named David Hudson, has patented some of the ORMUS elements and one process for obtaining them.  Transcripts of several of Hudson's lectures on this subject are available on the web at:

When he discovered these elements, Hudson was a cotton farmer using conventional agricultural methods but his discovery promises to revolutionize agriculture and biological sciences in general.

Recently, I learned about Dr. Philip S. Callahan and his discoveries regarding paramagnetic soils.  I will briefly recapitulate some of the high spots of his discoveries.

About thirty years ago Dr. Callahan discovered that the best soils for growing things were paramagnetic.  He developed an inexpensive instrument for measuring paramagnetism in soil and tested soils extensively for this property.  He postulates that paramagnetic soils facilitate the flow of electromagnetic forces from the atmosphere to plants.  He has done many scientific demonstrations of this phenomenon.  According to Dr. Callahan, certain geometric structures can also enhance this energy flow.(1)

Phil Callahan’s books are a MUST READ for farmers.

I have Known Barry for 7 years and his website is a Treasure Trove of articles on Subtle Energies, Ormus, and Paramagnetism.

If you would like to order some Basalt Rock Dust from the Quarry - Please send me an email :  john@goldenratio.com

The Paramagnetic Rich Basalt is from the volcanic Yellowstone and its lava flow covers the Black Diamond Quarry.

Another reference is a Steve Storch - a Rudolph Steiner style organic farmer, from Southhampton, NY.

Steve bought a full truckload and shipped it across the country, and shipping was not cheap. If you have any doubts about the effects the soil had - ask him. (I’ll try to get him to write something up so he doesn’t get bothered with phone calls).

In truckload quantities and packed in giant bags we sell it for $550 per ton.

If you would like 50 lb boxes, we sell them at:

$40 per box plus shipping.  That’s good enough for a small garden.

If you buy 2 boxes the shipping is free.

Here are some more related links: